Today, we speak with Katherine Carranza, a sophomore physics major with a concentration in astronomy  from Bayonne, NJ, who resides on campus in Edgewood Park. Kathy will give us insight on her career as being a member of Rowan PROS and will share her #PROFspective with us on what it’s like to be a Rowan University Rowan Choice student and how she’s getting the most out of her college experience as a Rowan Prof. 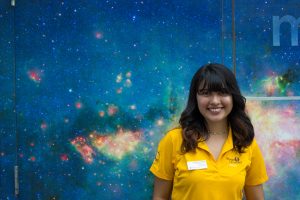 Major: Physics in the College of Science and Mathematics
Concentration: Astronomy
Year: Sophomore

Resident: Yes, I lived in Chestnut this past Spring and will be living in Triad this fall! For the summer, I currently reside in Edgewood.

Why did I choose my major: I was born in El Salvador, a country where the night sky is an ocean of endless stars. So, as a kid, every night I would go outside to my backyard simply to admire them. I experienced my first lunar eclipse at the age of 4.

When I was younger, I was never a fan of science class unless it was during that time of the year when they would spend a chapter or two talking about space. In seventh and eighth grade, my school had an astronomy club, which would prepare us for a special end-of-the-year field trip. They split us into two different groups; one group would be on the shuttle and solving missions as if they were astronauts, the other group would be in the control center here on Earth telling those in outer space what to do. The program really did an excellent job at making us feel as if everything was real. 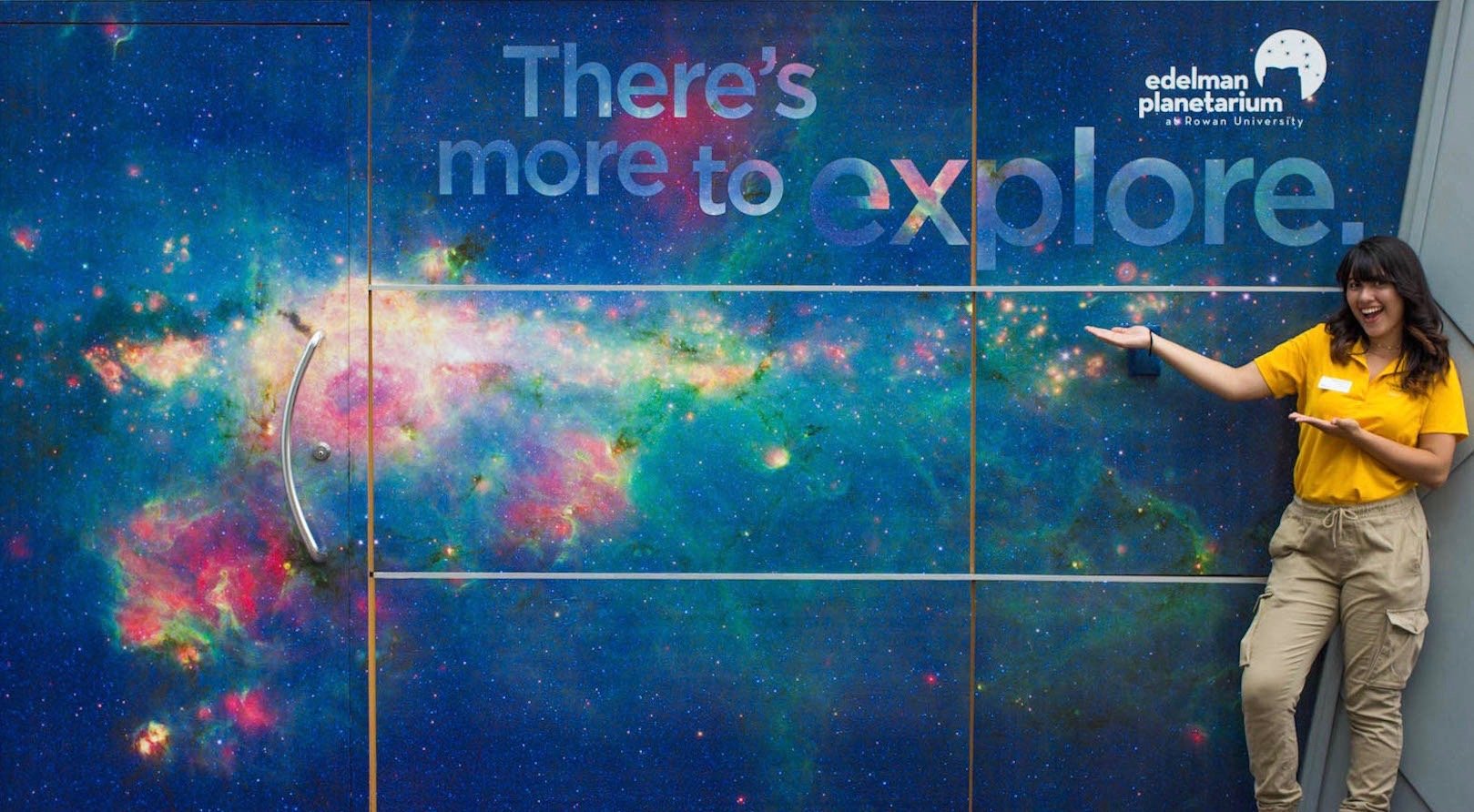 I was chosen to be part of three year summer program at New Jersey City University from seventh grade to freshman year that taught courses in the math, science, and technology area such as physics, chemistry, biology, among others. This is where I took physics for the first time and saw the relationship between physics and astronomy. My love for the stars and the universe began at a young age with these experiences, which little by little helped shaped my interest in following that career path.

When it was time for me to start looking into colleges, I noticed that no school in New Jersey had a specific astronomy major. However, after I had come to acknowledge the great relationship between astronomy and physics, that is when I decided to seek a bachelor’s degree in physics, with a concentration in astronomy. For my master’s, I plan to seek out a degree solely in astronomy.

One reason why you chose Rowan: In November of last year, the director of my town parish (along with his wife and son) invited me to come to Rowan University’s astronomy night. Before that day, I was not familiar with the university, so I was very eager and enthusiastic to get to see the campus. I decided to major in physics due to the lack of astronomy majors or concentrations, but when I found out that Rowan actually had an astronomy concentration, I decided to do more research on the school. 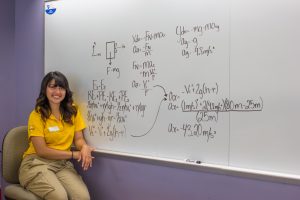 When I got to campus, we were led to the fourth floor of the Science Hall, where I had the opportunity to look through the observatory’s telescope. The telescope has the capability to very faintly capture the Andromeda galaxy! We then headed out to the roof where about five telescopes were put out as the professors gave everyone who attended fun facts about the universe. I spent some time speaking with the professors one on one, and I had the chance to know what Rowan was like and which kind of classes I would be taking. Having had that experience definitely made my choice of school pretty clear.

What is your daily routine like as a Rowan Choice student: For the Spring 2017 my Monday and Wednesday classes were both held at the Rowan College at Gloucester County, and on Tuesdays and Thursdays both my courses were held at Rowan University. Mondays and Wednesdays I would have my Introduction to Programming course from 12:15 p.m until 1:30 p.m. followed up by chemistry I from 1:40 p.m. until 4:10 p.m.

My morning would start by waking up at eight in the morning to get some homework done or some studying. I would then get ready for class before heading off to the cafeteria at the Student Center for some breakfast. Since my first class at RCGC would be at 12:15 p.m. I would make sure to take the shuttle from Rowan University to RCGC at 11:20 a.m. to be at the RCGC campus by 11:40 a.m. During that time gap I would I would head to the Campbell Library to work on upcoming assignments. Sometimes I would be finished with my second class in enough time to catch the bus back to Rowan at 3:40 p.m. meanwhile in other times I would have to wait until the bus left at 4:40 p.m. 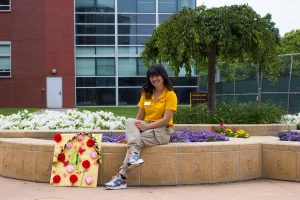 Once I was back on campus, I would go straight to either Grill Nation, Jersey Mike’s, or the salad station to have dinner. After dinner I would stick around sometimes to play at the pool table. This was when I actually learned how to play pool so I would pretty much try to practice every night ever since. Then I would hang out with my friends at their dorm.

On Wednesday nights I would have training for Peer Leadership and Orientation Staff (PROS) from 6:30 p.m. until 9:30 p.m. On Tuesdays and Thursdays my first class would be held at 10:50 a.m. until 12:05 p.m. at Rowan University’s Enterprise Center. Before class I only had enough time to get ready then to get breakfast at Holly Pointe Commons in their Glassworks Eatery since it is much closer to Rowan Boulevard where the Enterprise Building is located. My second class started at 1:40 p.m. and lasted until 3:25 p.m. which was my mathematics course. After my first class ended I would have enough time to get lunch then relax before my second. Tuesday and Thursday nights were the nights where I would attend any social events conducted by Rowan such as the weekly movies on Tuesday nights, or Rowan After Hours on Thursday, any club meetings, or simply spend time with my friends.

Fridays I had no classes so during this time I would use to finish any assignment that was due the upcoming week, or I would start those who that are due a few weeks ahead. At night, I would usually attend Rowan After Hours, as well as play at the pool table. On weekends my activities would be based on the events Rowan would be holding that weekend, or I would attend the bowling alley, go to Washington Lake Park, try a new restaurant, or go to the Deptford movie theatre.