Since I am in the midst of my senior year at Rowan University, I am reminisce a lot about my time as a college student. I see my freshman dorm, Mullica Hall, almost every day on my walks to class. On a recent lazy Sunday I decided to go see what Mullica has been up to for the past three years. I wondered if I would feel like I had been transported back to my freshman year would I have the sudden urge to eat Ramen noodles and take selfies with my lanyard around my neck? I was half-expecting to see my old floor-mates eating pizza in the lounge.

As soon as I walked into Mullica Hall, I was surprised that it felt a little bit foreign. The building I had spent a year in had gotten a makeover since my last visit. The walls were freshly painted. The lounge bathrooms were closed for renovations. It seemed as if the doors were new, too, and the study rooms had new furniture. Naturally, I was dying to know what my old room looked like. 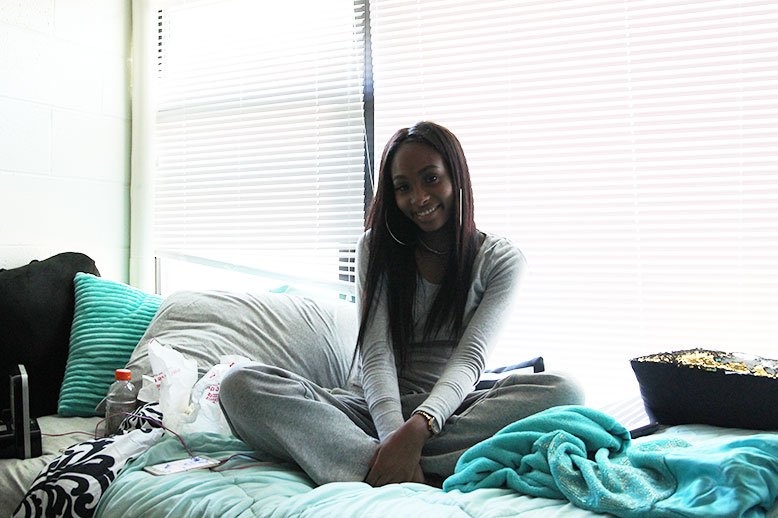 Freshman biological science major Imani Campbell, one of my former room’s current residents, was perplexed when I exclaimed, “You’re in a double?” upon entering. I explained that when I was a freshman, almost everyone on campus lived in a triple room. “This was pre-Holly Point Commons,” I told her. “My freshmen class was actually Rowan’s biggest ever, at the time, so they were tight on space. When they built Holly Point, it helped the housing situation a lot.”  Imani has just one roommate, who went home for the weekend. “Most people are in doubles in this building now,” she informed me. “I think this room is the perfect size for two people.” 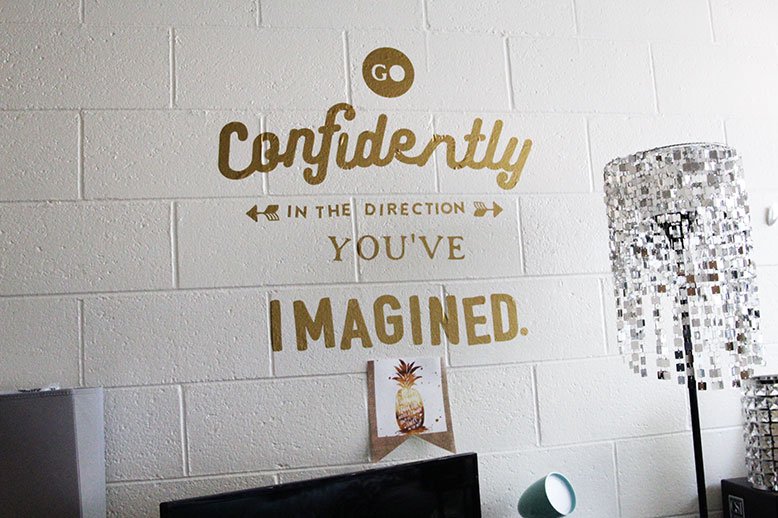 Imani, a Woodbury (Gloucester County), native, explained that Mullica Hall is the new home for the ASCEND learning community. ASCEND is a program for first generation, low-income or underprepared college students. “Almost everyone on this floor is in ASCEND. It’s nice to know that we all have at least one thing in common.”

Curious for more perspectives on present-day Mullica, I was drawn to a room down the hall. I could hear lively chatter and giggling from the other side of the door. In this room I found Nidhee Patel, an environmental science major from Parsippany (Morris County),and Vaishnavi Brahmbhatt, a biomedical engineering major from Newton (Sussex County), both also ASCENDers. For these two roommates, the little things make a big difference in Mullica Hall.

“A typical Sunday for us is getting breakfast, going to the bookstore, cleaning and then doing homework,” said Vaishnavi.

“But we were up late last night because we went to the Color Run, so today breakfast was more like brunch,” Nidhee giggled. Both agreed that their breakfast/brunch spot of choice was Ry’s Bagels. “We like Mullica because it’s so close to Rowan Boulevard,” she explained. “You can basically see Ry’s from our window.”

“I also like that we can use our debit cards to do laundry,” Vaishnavi added. “It doesn’t seem like a big deal, but it’s better than looking for quarters.” Other perks of living in Mullica? “I love that we share a bathroom with two other girls, not a whole floor of them. Oh, and we get a lot of closet space.” 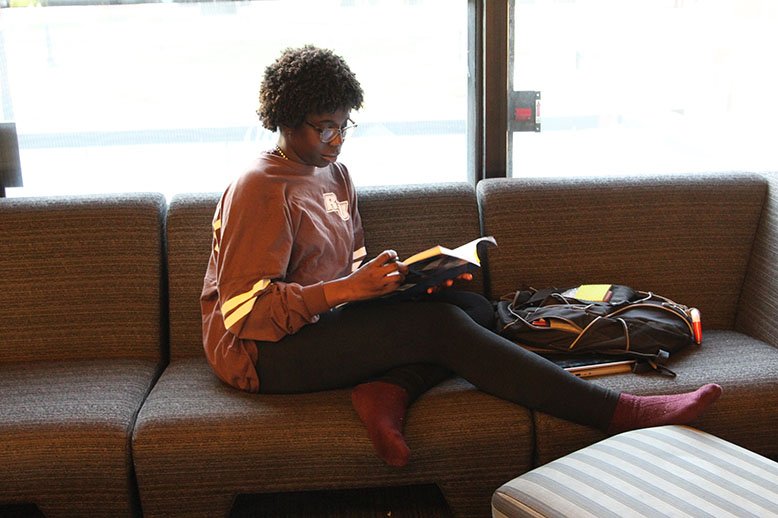 As I made my way out of Mullica, another resident caught my eye. Hillary Hwaga, a business entrepreneurship major from New Brunswick (Middlesex County), was perched on the lounge couch. In her lap was a stack of textbooks, and in front of her was the television blasting a random made-for-TV movie. It was a familiar sight: I recalled spending early weekend mornings in the lounge, grateful for some alone time. Hillary understood the feeling. “I study in here a lot. I like my roommate, but sometimes I need to be alone to concentrate,” she explained. “Mullica has a lot of study rooms, plus two lounges, so there’s always somewhere to go if you need a break from your room.”

Although Imani, Hillary, Vaishnavi, Nidhee, and I didn’t have identical experiences living in Mullica Hall, every single one of us has one thing in common. Our favorite part of Mullica is the view. The walls may be whiter and the doors may be newer, but that view hasn’t changed. 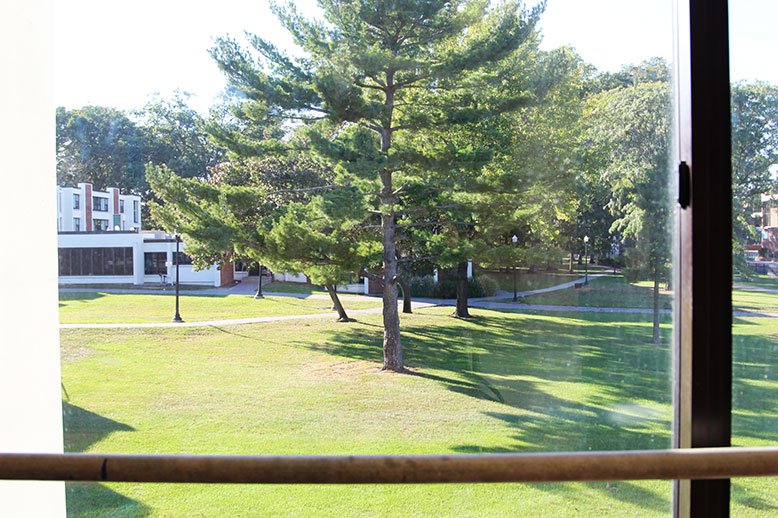