Jeff Dever, a 2017 alum from Moorestown, NJ (Burlington County), has many reasons to be #RowanPROUD. He made Rowan history as the first student to graduate with a degree in Disaster Preparedness and Emergency Management, and has made countless contributions to campus safety throughout his undergraduate years. But where did his success begin?

The walls of Robinson Hall were the sign he was looking for to launch a successful career. During his sophomore year, they were adorned with posters advertising the new Disaster Preparedness and Emergency Management program at Rowan University.

“At the time, I was a volunteer firefighter, working part-time in emergency medical services (EMS). I’d always had an interest in the field, so I thought, why not go talk to my advisor and give it a try?” he recalls. 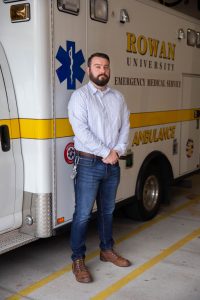 The advisors and faculty within the department were eager to help an interested — and experienced, as a bonus — student transition into this exciting new major.

“I had originally started at Rowan with a dual major in History and Education. I was headed down the teaching track when I realized maybe that wasn’t what I wanted to pursue,” Jeff says. “I spent a lot of time that semester in their offices as they helped me figure out how to incorporate the credits that I had already earned as an Education major into my progress in the emergency management program, as well as my experience as a first responder.”

The role models Jeff grew close with over the next few years in the program shaped the positive experience he had as one of the first students to enter the realm of disaster preparedness and emergency management. He credits his professors and advisors within the major for helping him explore careers in the field and find his place in the program.

“They wanted me to graduate on time and grow as a person, but also encouraged me to bring my outside experiences as a first responder into their learning environment,” he says. “I don’t think you get such personalized attention and assistance like that at many other universities, especially one that is growing as quickly [as Rowan is].”

One of the first professors Jeff met in the program, Len Clark, quickly became a mentor throughout his college experience.

“At the time [I was in Clark’s class], I was working part-time at the Gloucester County EMS. He was the former emergency management coordinator of Gloucester County, so we would always go into class and swap stories about our experiences,” Jeff shares. He stayed in touch with Clark beyond graduation, as he continued on to work with the Camden EMS and with FEMA.

Jeff credits the outstanding education he earned in the major to the variety of wise, experienced faculty members who taught him. Many of his professors were first responders and emergency management authorities throughout South Jersey themselves, as were his peers and classmates in the program. This is what contributed to such a tight-knit, collaborative environment within the program that led to lifelong friendships and impactful careers.

“The professors I had were all very invested in the success of their students, because they realized that these were the students who would be taking over their roles once they’ve retired. They want to leave people in good hands,” Jeff says.

Jeff attributes his accomplishments in his career so far to the rich experiences he gained through an on-campus internship with the Office of Emergency Management (OEM) at Rowan and as a line officer in the Rowan EMS. As an intern with the OEM, Jeff made numerous contributions to the safe environment Rowan students appreciate today, such as managing inventory for Rowan’s shelter stockpile and updating the campus emergency operations plan, in the case of any major incident on campus.

But his most memorable accomplishment as an intern was his role in Rowan earning the HeartSafe Campus status, which there are signs posted for throughout campus. Through this program, a certain percentage of students are trained in CPR, and CPR training events are held regularly on campus. It’s one of the many ways Rowan sets itself apart from other universities in terms of safety.

“All these experiences I had as a disaster preparedness and emergency management student not only helped me in my professional development, but it made the campus that I love a safer place. It was a really cool, win-win experience — and something I take a lot of pride in.”

As Jeff sets off to continue his career as an Emergency Management Specialist at the Wake County Department of Fire Services in Raleigh, North Carolina, he encourages more students to look into the disaster preparedness and emergency management program at Rowan.

“As we see more disasters being declared in the United States, a lot of jurisdictions and nonprofit agencies are seeking more formal education with their emergency management team.

What Rowan offers in this program — with accessibility to opportunities like Rowan EMS and internships — is a mix of that formal education as well as practical experience, which is so important in this field.” 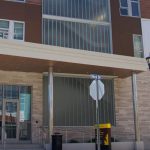 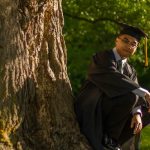 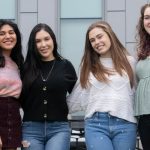 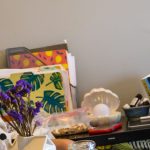