Today, we launch a Siblings at Rowan series with sisters Madison and Sophia Agostini.

Do you commute? If not, where do you live? S: Both. I live on campus, and Madison lived on campus, but now she commutes.

M: I lived on campus for four years, but since I’m student teaching, it made more sense for me to live at home this year since I don’t spend as much time on campus.

Social clubs each of you is a part of: M: I am the President of Kappa Delta Pi, a teacher honors society, and I am a member of Circle K, a volunteer club. I also write for HerCampus, a girls’ college website, and I’m an Admissions Ambassador.

S: I’m on the executive board of the Pre-Law Society. I’m also the undergraduate coordinator for the Food Bank of South Jersey

On-campus jobs: S: We both work in Admissions. 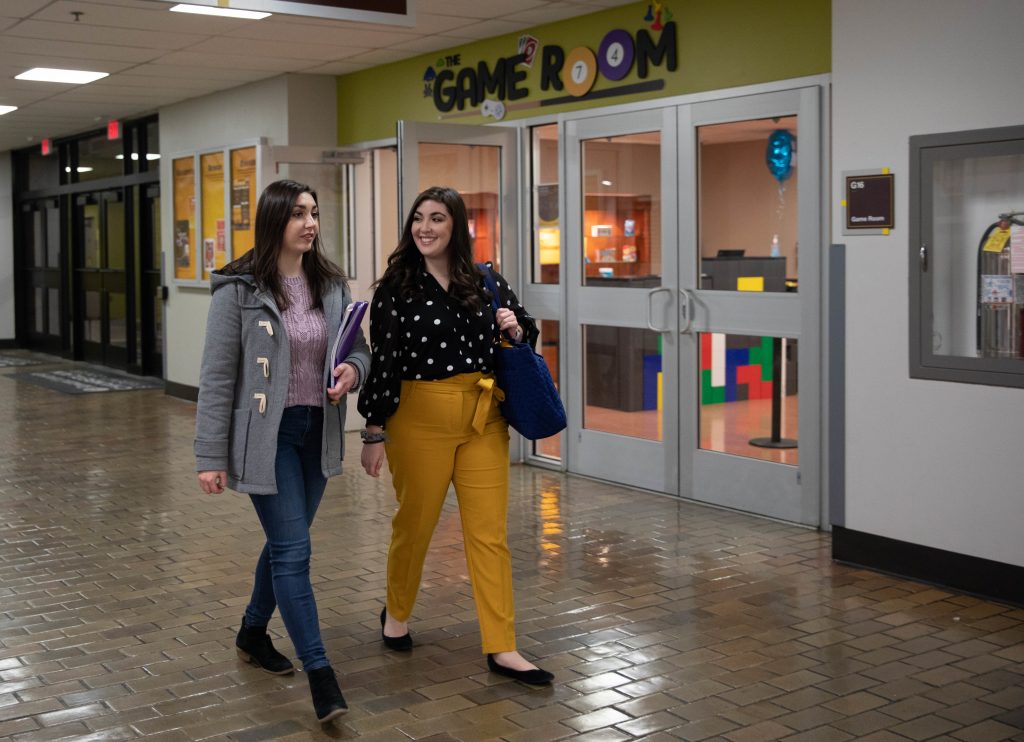 Why did you choose Rowan? M: At first I didn’t like that it was close to home, but then it started to feel nice that I could go home whenever I wanted. I wanted to go further away, but the first year of the Rowan Choice program was my year, so I was able to do that program and not spend as much. It’s great to go to a school with big school opportunities but small school class sizes.

S: I would agree with that, I really like the small class sizes. I didn’t really apply to many schools and I felt I knew Rowan pretty well because Madison already went here and I had already been on campus twice before I applied. It felt like the natural choice.

How has having your sister at Rowan with you impacted your college career? S: It always gave us someone we could go to that wasn’t our roommates. It was good to have a change of scenery and a new voice to 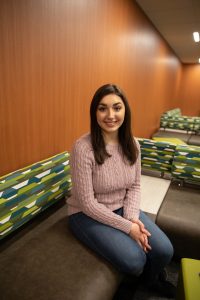 hear. It was definitely better than having to pick up the phone. It’s nice.

M: My sophomore year and her freshman here I lived in Edgewood and she lived in Chestnut, which was a minute walk from each other, and that year she had no kitchen and no air conditioning so she would come over if her room was hot or she wanted a meal that wasn’t dining hall food or made in a microwave. It was also nice to run into each other on campus or just see each other.

What is your favorite part about going to Rowan together? S: I like that we’re similar and we do similar things on campus, and it also showed us how different we are at the same time. We aren’t really in any of the same clubs despite being on campus together. It allowed us to be strong as 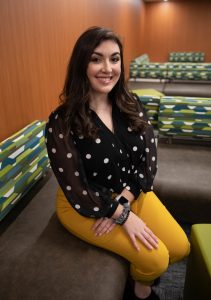 individuals but still grow side by side.

M: I think that we have similar qualities and we do some of the same things, but we also bring similar qualities to the different things we do. We also have some friends in common, but also different friends. S: We do our own thing, but it’s nice to have someone supporting you along the way.

What are some favorite memories about being together on campus or funny sibling stories? M: Hanging out with our other sister on campus is a nice memory that we have together.

S: It was also nice when Madison invited me over for dinner a lot.

M: It was also cool that when Sophia turned 21 I was able to come over and spend the night with her and her friends.

Story and photography by: 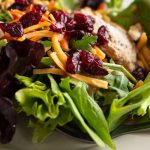 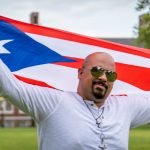 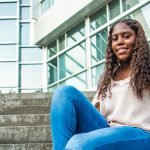 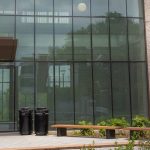 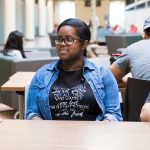