“It’s important not to judge someone before listening to them,” says Lauren Purnell, a first-generation college senior majoring in journalism and minoring in new media from Florence, NJ (Burlington County).

Lauren used her passion for storytelling and giving a voice to the voiceless to create a blog called Naming the Homeless, where her mission is about reducing “the stigma and the negative connotations attached to the word homelessness,” by interviewing homeless individuals to share their stories.

Lauren’s effort has led her to gain lots of support from her community, fundraising more than $1,000. Today, Lauren will share with us why she started the blog and what she has learned through the process of interviewing homeless individuals.

The idea of creating the Naming the Homeless blog came to Lauren when her Intro to Journalistic Writing professor at Rowan College at Burlington County (RCBC) explained to her class the importance in having outside work experience.

“I took that into heart and said, ‘OK, let me do a blog.’ I didn’t really know what to write about and … I didn’t want to write about myself. I was thinking about different issues that were important to me, and one of them is homelessness,” she says.

Lauren chose to venture to Philadelphia to find people to interview (Philadelphia has become a city with one of the highest poverty ratings in the nation). Each time Lauren went she took a couple of care packages that she put together with the help of her mother (who has supported Lauren from the very beginning) going with her to Philly each week. 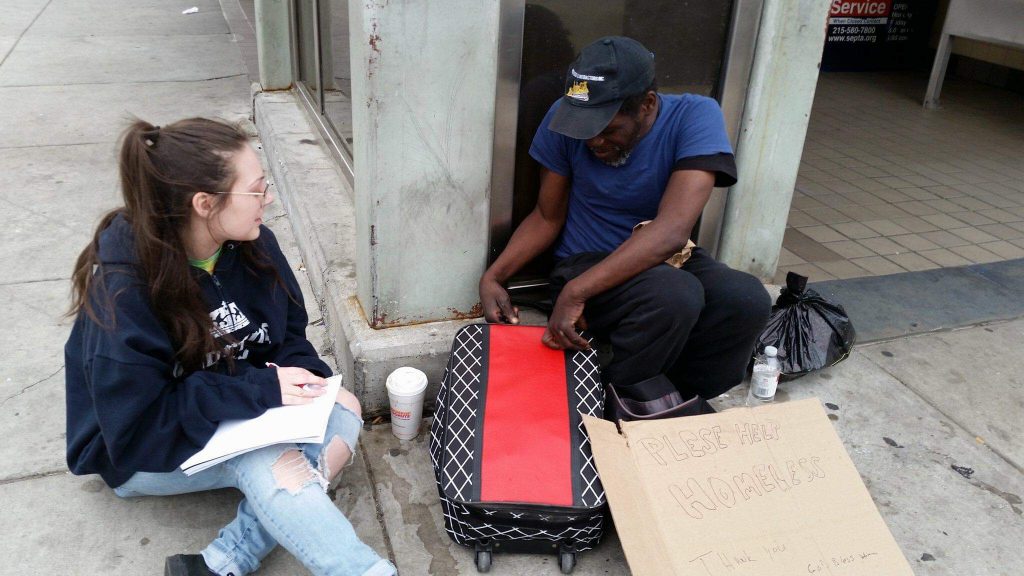 Lauren recalls one of the sweetest moments she has encountered:

“I had done my interview already for the day, but we passed an older lady and I asked her if she wanted a sandwich. She looked at me and my mom and was like ‘Thank you so much, I was having such a rough day, and this was a sign that I needed. Everything will be okay; this is my kids up in heaven telling me that it’s going to be alright and thank you so much, it really means a lot to me.”

In the beginning, Lauren made care packages that were paid out of her pocket, but as her blog grew and more people knew about her project, she started getting support and recognition. Lauren was interviewed by Fox 29 — “that got a lot of attention and I ended up having a GoFundMe, the biggest donation I got was from an organization who gave $250. Each of my care packages are like $20 so that really helped make an impact.”

Burlington County Times, Lauren’s hometown newspaper, interviewed her and gave her an internship opportunity over the summer. South Jersey Magazine did a feature of her as well. Lauren also won two awards. “At RCBC I got an award for journalism and I also got their Civility Award,” she says.

Lauren’s blog currently has over 1,200 subscriptions and over 500 likes on the Naming the Homeless Facebook page. “When I first started it, I was just doing it for personal reasons and then it took off. It was really because of my community [because] without their support I wouldn’t have been able to do it.

“Every time I leave an interview, I just want to take them home. You obviously want to see them again, but you really hope you don’t see them again because if you run into them again it means that they are probably in the same situation when you first saw them.” 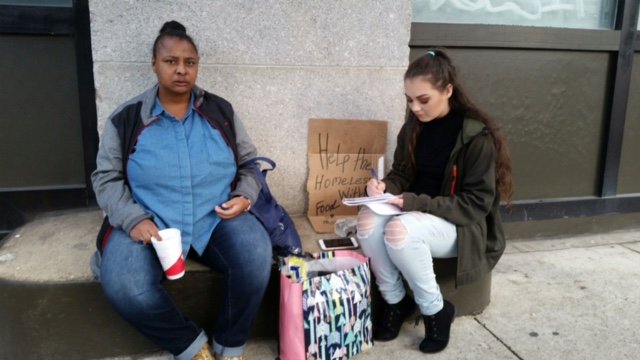 After graduating, Lauren would like to continue writing community stories and continue giving a voice to the voiceless and working her way up to investigative reporting. 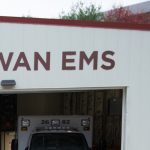