Meet Gidd Sasser, an adjunct professor in the Ric Edelman College of Communication and Creative Arts with a concentration in Esports. When he’s not teaching, he is the general manager of Simplicity Esports, an organization whose mission is “to increase gamer and fan involvement at a grassroots level.” Learn more about Prof. Sasser, his teaching and his thoughts on the Esports industry.

How would you describe your teaching style?

Laid back. I prefer to teach through conversation and short lectures. Being online only unfortunately takes some of the interaction out of the experience.

Can you share a decision that made a tremendous impact on your career path?

Years ago I took a leap of faith by leaving my IT job to pursue a career full-time in Esports. I am now working in academia and with Simplicity Esports, the first NA publicly-traded gaming company.

For those who don’t know, what is Esports and how did you get involved?

My first run through college, I studied simulations and development (made video games). After working a bit, I returned to a university. I became involved with the Esports program there, going on to several playoff & undefeated seasons. Followed that with some time coaching for the Detroit Renegades and then moved on to Simplicity/Flamengo and academia. The rest is history.

What is the most challenging aspect of the Esports field?

I think some would say it’s proving to people that Esports is more than just playing video games. For me, making time for yourself is the challenging part. Chances are, you will work with people across the globe, different time zones, and with very small time windows to get things done. Make that time to unwind, it’s essential.

How do you ensure your continued growth as a leader in your field?

The industry changes every single day. I’m a believer of keeping an open mind, learning from the past (coaches, players, traditional sports) and adapting it to push the industry in a positive direction. Non-stop learning, reading, and then putting newfound information/knowledge into practice.

What is one thing you wish people knew about your academic discipline or your research focus?

This is a billion-dollar industry. It’s going nowhere but up. 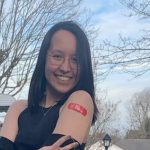 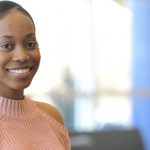 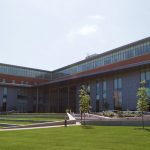