Today we speak to Arianna Granda, a first-year Music Education major with a Vocal Concentration. Arianna is from Rockaway, NJ (Morris County) and lives on campus. 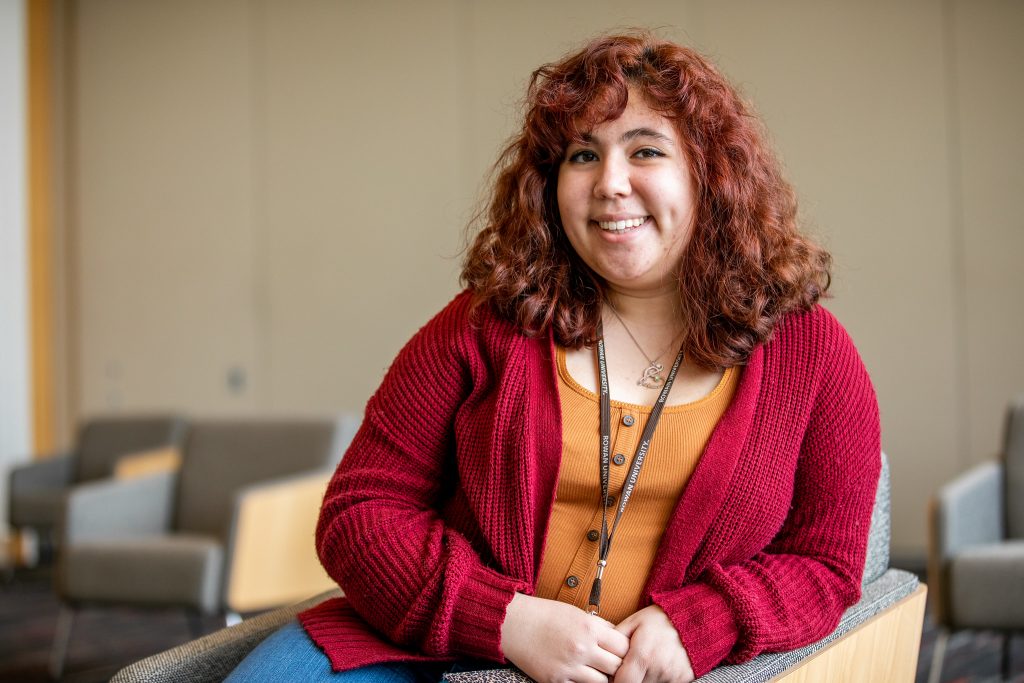 How is your first year at Rowan so far?
It’s definitely been a weird transition, especially going into online school. But I think overall Rowan has handled it really well, especially the music department, they’re doing everything they can really to give us the closest thing that they can to performances and they’re still pushing us to our full potential, despite the circumstances. They’ve been very understanding, yet still pushing us to do the best we can.

This past winter, we had a virtual choir concert, so we recorded it in Pfleeger Hall, which is the bigger concert hall, and we were six feet apart with masks. It was recorded professionally and then it was live-streamed about a month later, so it was really cool that despite not being able to have an in-person performance, we still were able to have a product to showcase all our work throughout the semester.

I also was involved in the theatre community. I was in the cabaret so that was really fun because it was similar where they grouped us with who we had the same voice part as and who we saw every day. We did our own individual numbers and put it together, it looks really cool because they had people edit it. It was a similar event, where it was live-streamed so it was really cool that like despite everything we’re still having some sort of sense of normalcy.

What would you tell a future student who is interested in going to Rowan?

One thing that I found at Rowan that was kind of rare amongst other schools I was looking at is that the faculty really care about all of their students and their personal needs. I shadowed at Rowan my junior year of high school, and then I participated in a summer camp at Rowan, and when I came back for my audition, the faculty I met remembered me. They didn’t just remember my face and name, they remembered what I was like, my personality, and some things we spoke about when I last saw them. The rest of the faculty and everyone else I’ve met have been the same way, with the same demeanor of being really friendly and open and personable to your needs as a student. 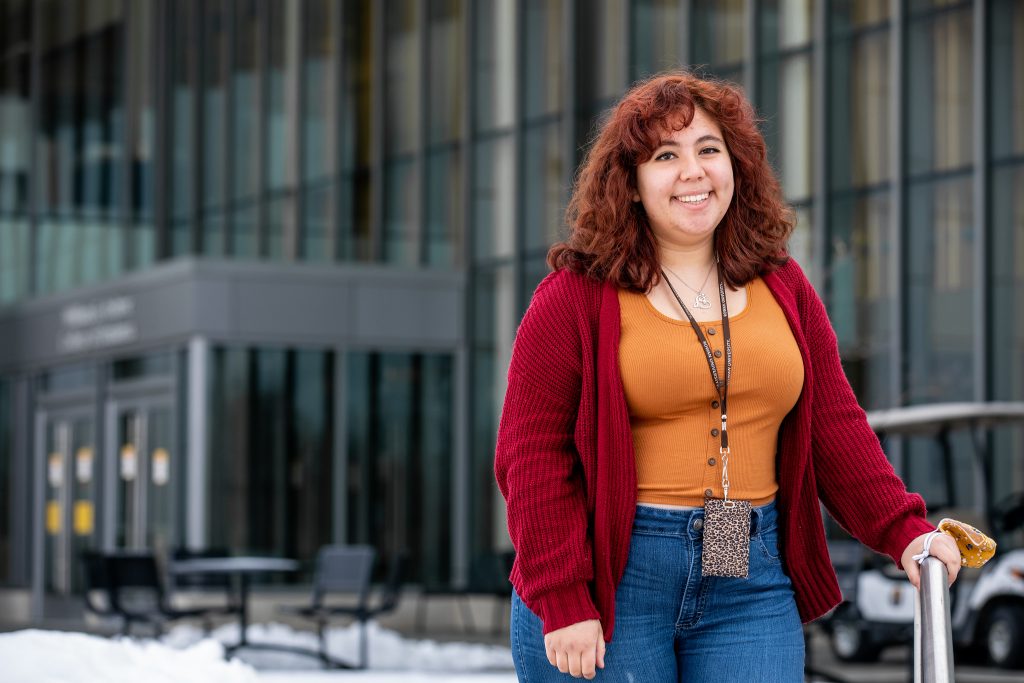 Can you tell me about the shadowing opportunity you had, and the summer camp you attended at Rowan?

I shadowed at Rowan in my junior year of high school, and I met other people who wanted to major in music. I met Dr. Christopher Thomas, the head of the voice faculty, and we all discussed our voice parts and other information. When I came here, I saw posters on the wall for the Rowan summer music camps. I participated in the camp, and I didn’t know anybody. I remember I was paired with a random roommate. When I came to the program on the first day, I made so many friends. I knew everyone’s name by the end of the first day. The program was so welcoming.

Many of the people there had been participating in the program for years, and the faculty of the program was mostly alumni. I felt out of place until we started doing all these icebreakers and it amplified that same sense of community that I felt when I came to Rowan and shadowed, seeing all these alumni come back and being so excited to work with these kids at the summer camp. At the camp, in such a short time you get so much accomplished, and you learn so much, and most of the camp is rehearsals, but in those rehearsals, they’re fast-paced but you’re learning so much and you’re learning your parts and I learned about a lot about who I was as a musician individually while being in that intensive environment.

It was really nice to also have that sense of community, which made it a really fun experience, but also one that challenged me and helped me as a musician.