Today we speak with Yashaswi Parikh, cofounder and copresident of the Rowan South Asian Students Association as well as sunshine chair of Alpha Phi Omega (APO). As sunshine chair, she works to bring joy and happiness to the organization! Yashaswi is a senior Biological Sciences major and Spanish minor who is part of the 3+4 BS/DO program and the Bantivoglio Honors Concentration. She calls Monroe Township in Middlesex County her hometown.

Yashaswi works in Dr. Ileana Soto-Reyes’s research lab. She also runs a foundation for kids with cancer in memory of her brother, Om, called the Om Foundation. Follow the Om Foundation on Instagram @smilesforom. Yashaswi’s anthem is “God is a Woman” by Ariana Grande.

Rowan SASA saw a lack of space for South Asians. Seeing RUPAC, VSA, and WOCA created spaces for people of [diverse] backgrounds to gather and relate to each other was our motivation for creating the club in the first place. We have events like the Samosa Eating Contest, which we hosted right before the pandemic happened. We recently had a Bollywood Movie Night. Anything that helps us relate to our culture and also spread our culture to people who are not South Asian but interested in learning more. Rowan’s population is definitely diversifying. Just from the past three years, I see more faces of Brown people and people of color. There is definitely a need for us to have cultural organizations and to work together. I’m glad people have a space for that now, to feel safe.

Yashaswi remembers hearing from other Rowan students who identify as South Asian feeling so happy that SASA exists and wishing they had this opportunity in their time.

For my cofounder (Shivani) and me, this club is our baby. We created this club and we do a little bit of everything. We take care of things people need help with. Right now as copresidents, we oversee what the rest of the e-board does. I enjoy making graphics for Instagram and flyers for our events. I handle the PR and graphics side. We do a lot of networking and outreach. We maintain relationships with South Asian clubs at other schools as well as other cultural organizations at Rowan.

We just had an event called “A Conversation About Colorism” cohosted with Harvard, Yale, and Jefferson Medical School’s versions of SASA as well as Rowan’s WOCA and the Muslim Student Association. We try to bring Rowan’s name and SASA’s name out into the world.

I’ve learned that being a leader isn’t just telling people what to do. There’s a big difference between being a boss and being a leader. You’re still a part of the team, but also you’re guiding and facilitating teamwork.

About a year ago, we hosted our Samosa Eating Contest for Rowan SASA. We were kind of [sad] because we weren’t expecting many people to attend, but at the last minute so many people showed up! It was a great success and everyone was super excited to eat samosas. They were also extremely competitive during the contest. It was so good to see that our organization brought people together and helped them have a good time while celebrating our culture.

The person who inspires me the most is my younger brother, Om. He was diagnosed with cancer at the end of my freshman year in high school. He was only 10 years old. Throughout the three years that he battled cancer, he was always smiling and thinking positively. His mindset was: “I’m gonna kick cancer’s butt.” His mindset was never negative or thinking about what could go wrong. It’s hard, but I do try to practice that every day and see the bright side of things because that’s what he would do. There are always things we can learn from everyone, no matter if they are younger or older.

There are a lot of things at play when you’re a woman, especially as a woman of color, there’s twice as much struggle that you face. The greatest barrier is yourself. When a woman puts her mind to something and believes in herself, nothing and no one can stop her because she genuinely believes in herself. It’s about believing you can overcome any obstacle.

As a leader, it’s okay to make mistakes. It’s okay to not be perfect. Even though you’re setting an example, no one is perfect. You can lead by example by owning up to your mistakes. Showing that you’re going to continue to learn and grow from your experiences. While we should “call people out,” we should allow them to take accountability and learn from their mistakes.

This summer I’ll be heading off to the medical school, Rowan School of Osteopathic Medicine (SOM). In the next five to 10 years, I see myself as a successful pediatrician. I love kids! Seeing my brother’s experience, I’d like to pursue pediatric oncology. I also see myself starting my own family. I think it’s important for women and girls to know that you don’t have to compromise your career or family life. It’s not one or the other. You can have both. If anyone can handle juggling both successfully, a woman can.

Is there anything else you would like to add?

Be comfortable with yourself and believe in yourself. The biggest limit on what you can do is yourself. 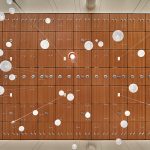 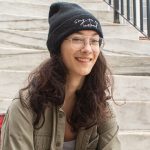 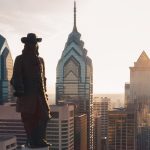 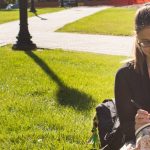 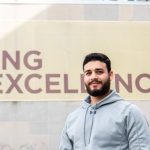