During my first year at Rowan University, I had the luxury of living in a newer residence hall with a fully functioning air conditioning system that was pumping on a continuum. From my experience I have gathered the highs of living in Holly Pointe and my personal downsides of living there.

Pros of living in Holly Pointe

Another pro of living in Holly Pointe was food accessibility. I lived in the G Wing, which was located directly above the Glassworks Dining Hall. Craving a late night snack or seeking out a pre-class and/or pre-practice meal could not have been easier for me! My favorite food was grilled cheese. Simple, but life changing. Holly Pointe even had a convenience store and a Starbucks located on the main floor.

Finally, the easy accessibility to the laundry rooms made hauling a big hamper mostly hassle free. My laundry room was located just a few steps away from my room. This was just the right amount of distance before my arms started hurting from my reluctance to do laundry prior to my clothes surpassing the max capacity of my hamper.

The cons of living in Holly Pointe

My first con has to be the frequency at which the fire alarms went off. Holly Pointe is a massive residence hall that houses over 1,400 students. For some unknown reason, the fire alarms would frequently go off; the fire alarms most of the time did not go off to warn the occupants of a fire or anything dangerous happening, but because some residents would decide they had a sudden desire to pull the fire alarms. There were many sudden wake-up calls during the middle of the night from the alarm, and it gave me a good scare every time.

Another con of living in Holly Pointe was how thin the walls were in the dorms. Yes, this is a very specific con; however, as the tired student-athlete I was, I would go to bed decently early. Other residents in Holly would sometimes play music or hang out with friends during this time. If I was trying to go to sleep and a resident was playing Billy Joel a floor above me, I was indeed listening to Billy Joel along with them and not going to bed anytime soon.

Finally, the last con I have of living in Holly Pointe was the rule that we were not allowed to have extension cords. Yes, this con seems like a very small issue and it is enforced as a safety precaution; however, there were in fact frequent times where I wish I could have my phone, laptop, Apple watch and lamp all plugged in and accessible at my reach. I do admit that that “problem” was minuscule in comparison to issues other residences experience.

My overall experience at Holly Pointe was one I will never forget. I greatly valued the air conditioning, easy accessibility to Starbucks coffee — a little too much — and that there was a grilled cheese always available to eat a floor below me. 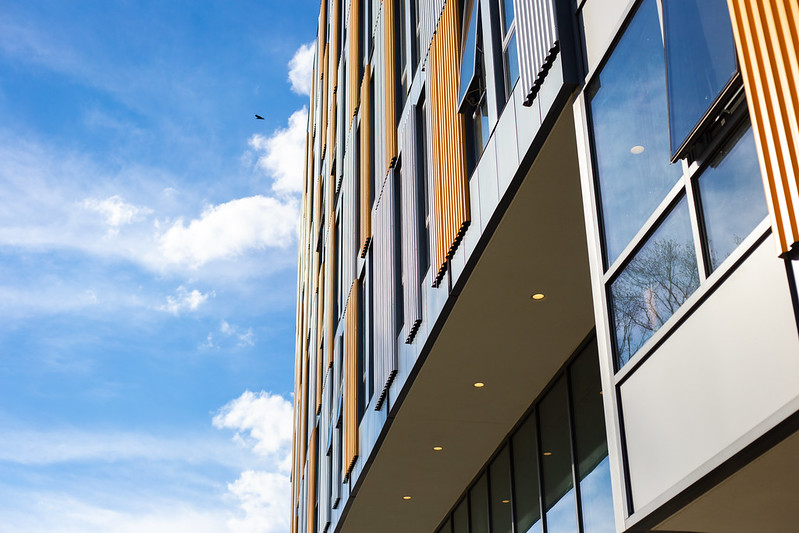 Check out our video of Holly Pointe Commons here: