Today we highlight Kayla Bowe, a senior Theatre major from Swedesboro, NJ (Gloucester County). Kayla is also minoring in Psychology, has concentrations in Acting and Pre-Teaching, and has a certificate of undergraduate study (CUGS) in Shakespeare Studies. She discusses her major and goes into detail about her involvement in several clubs around campus.

Why did you choose to study Theatre?

I went to a technical high school, and you pick a concentration. I chose theatre. Even though I was passionate about theatre, I was unsure of what major I wanted to pursue in college. I talked to my theatre teacher and she told me I could teach and study English. She explained I could be a theatre educator. This instantly sparked my interest. She then informed me on the colleges that had programs that fit both of those interests of mine. My professor went to Rowan and expressed that Rowan would also be a great school for my interests.

Is that why you came to Rowan?

Yes and no. When I looked in the colleges with 4+1 programs, I learned that  Rowan was one of the very few schools that offers theatre education. But I was originally committed to another university. The summer before my first semester of college in June, the university reached out to me and said they had no more housing. They expressed that I needed to commute or find off campus housing. I instantly started panicking and I called Rowan’s Office of Admissions. I explained my situation and how I could not attend the university I intended to; I asked if I could enroll to Rowan since I was already accepted into the university. Admissions said yes, and within that short timeframe I was enrolled as a Rowan student.

And I was so thankful and kind of blessed that that happened because I think I’m way happier here than I would have been at the other university.

I have had the privilege of being in a lot of very fun shows here. I was in a show called “Failure: A Love Story.” From this experience I got to like being a professional swimmer and swim on a rolling stool. This was the first time I had the opportunity to be something so abstract and surrealistic. It was one of my favorite roles to this day. The show was also a student-run production directed by Maddie Roberts. It was a super awesome experience.

I am a TA for one of the theatre professors in their Intro to Performance course. So I usually go to that in the morning and assist Melanie Stewart. During this I help lead theatre games. I also am a federal work study student. So sometimes I work in the associate dean’s office in the College of Performing Arts or I work in the box office of Pfleeger Hall. Finally, I go to either On Camera Acting with Michael Dean Morgan, or I do Shakespeare I with Dr. Falck (which is one of my favorite classes I’ve taken here.) 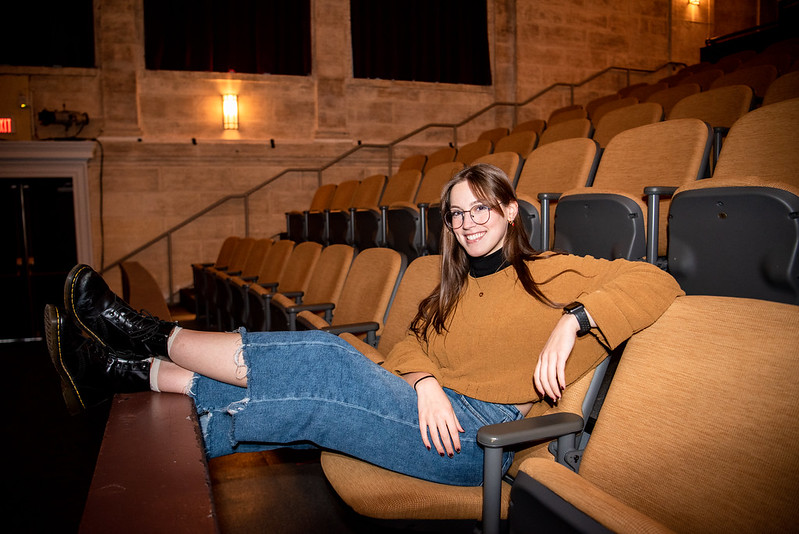 What is your favorite class?

That’s tough. I’ve discovered so many new ones I’ve come to love. I found a new appreciation for “Othello,” despite the controversy behind it. For those who don’t know Othello, it’s about a Black man who was a head general and he ended up marrying a white woman. Throughout the show he’s just slandered and heavily criticized, and because of this he ends up going crazy. But I think now with production of Othello, it’s about reclaiming the Black point of view of Othello and making it personable, real, and not just some blackface character that would have been done hundreds of years ago.

On a lighter note, I enjoy the comedy show titled “Twelfth Night.” 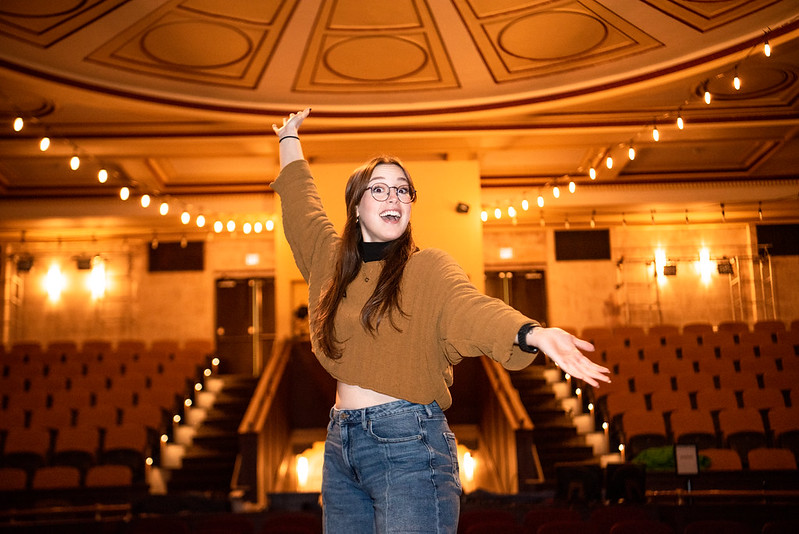 Is there anything you want to mention or highlight about your time here at Rowan?

The most important thing, I think, for me, was just getting involved because I couldn’t imagine what my years of college would have been like if I wasn’t involved in all the clubs that I’m in and the programs I’ve done. These extracurriculars take up all of my time and without them my college lifestyle would be very uneventful. I am part of a lot.

I’m president of Campus Players, which is a theatre-based organization. Within this we do workshops and a senior showcase for the senior theatre students. And we also do the banquet of theatre and dance artists, which is basically just an end of year celebration for theatre students and the professors. I’m also vice president of Alpha Psi Omega, which is the theatre honor society on campus. Anybody can be a part of it, you don’t have to be a theatre major, you just have to have a year of experience of theatre. And that’s always fun.

And I also am a part of the Chamberlain Student Center Advisory Board, which they started during COVID. It’s interesting to hear what all the other colleges are doing and their opinions on the changes that are trying to be made in the student center and within student life on campus.

You don’t have to be in the theatre department to be involved in what we do. Our mainstage season is open to anybody. Our student-run Lab Theatre productions are also open to anyone. Any student can also take theatre classes. If you want to be involved just reach out, we’re friendly. We don’t bite! 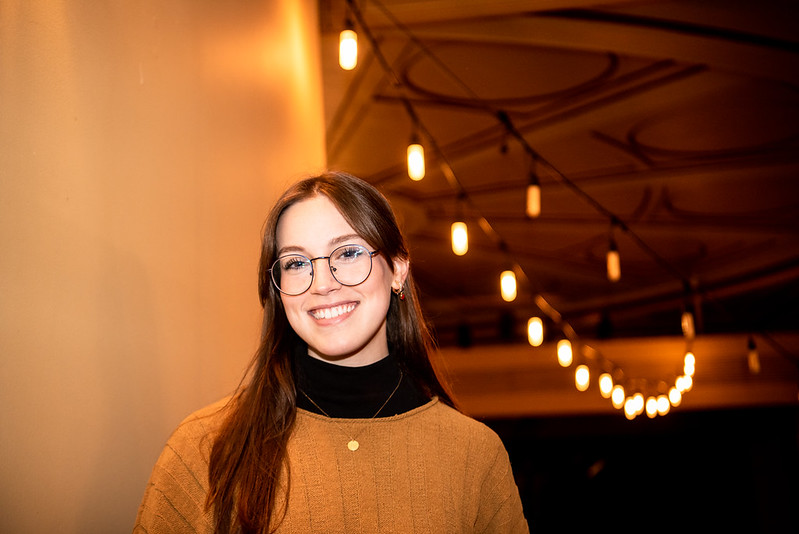