From Sept. 15 – Oct. 15, Hispanic Heritage Month is not only a celebration, but is also a time of recognition for the many people in the United States and beyond. In our conversation with Jeremy Arias, a junior majoring in Finance from North Bergen, NJ, we learned more of his own unique Rowan experience. In our dialogue with Jeremy we learned more of his leadership qualities as the president of a fraternity on campus (Alpha Phi Delta) as well as what his own Hispanic heritage means for himself.

What aspects here at Rowan motivated your decision to spend your higher education here?

The main thing was the environment. All my life I had been going to school with people I know. For example, the same kids I went to elementary school with were also in my high school. I think that’s why most people choose colleges that are so far away.

In my case, I transferred all the way from Indiana. I wanted to be away from home and meet new people. I think that going to Rowan, I was still home in New Jersey but I was still far enough from home where I could be around new people instead of surrounding myself with people I already knew. I still got the best of both worlds here at Rowan University. 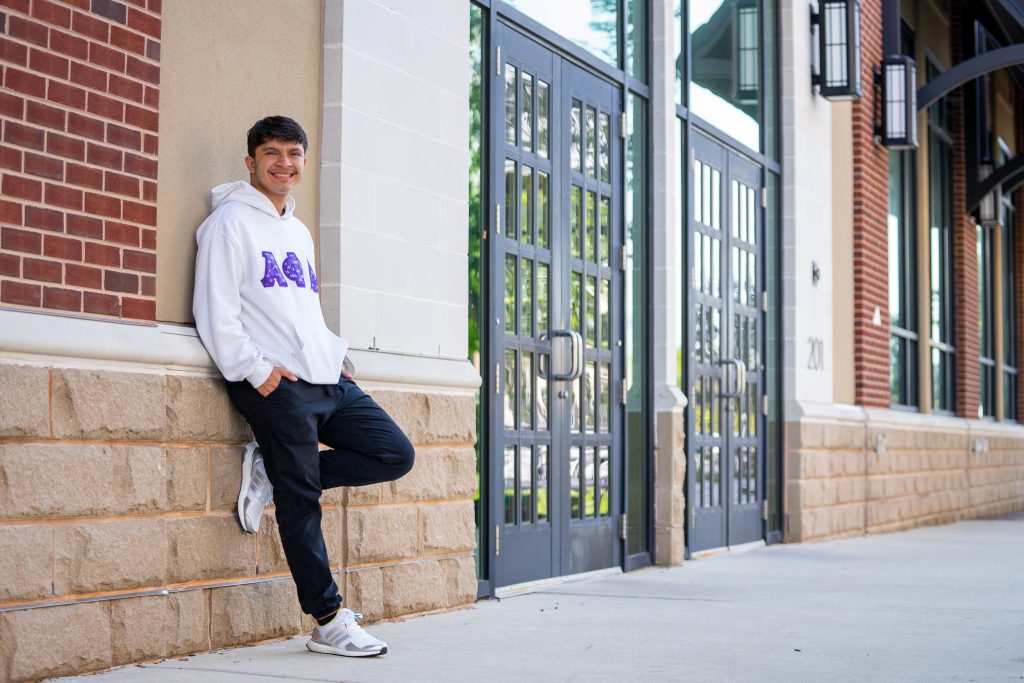 I can definitely say it was a decently difficult transition. When I transferred I did end up missing the spring orientation. At this time, Covid was especially prevalent too so I was put into the transfer floor of Holly Pointe on the 7th floor. There was nobody living there except for my one neighbor. I didn’t even have a roommate, I was living in a double room by myself. Even when I went to all the programs like RAH (Rowan After Hours), they would have bingo or other activities but it was still all online so you really couldn’t meet people in the usual way. It was hard to get in touch with people because of everything being online, but it was an experience nonetheless.

Why did you choose to major in Finance?

The reason that I wanted to get into finance was because I grew up in a town that was across the water from New York. You see a city like that and you see how it’s run all by money, like Wall Street for example. It’s a big corporate town, but I knew that I wanted to be a part of something bigger like that one day. I wanted to be one of those people that have the distinction, the titles and of course, the wealth as well. 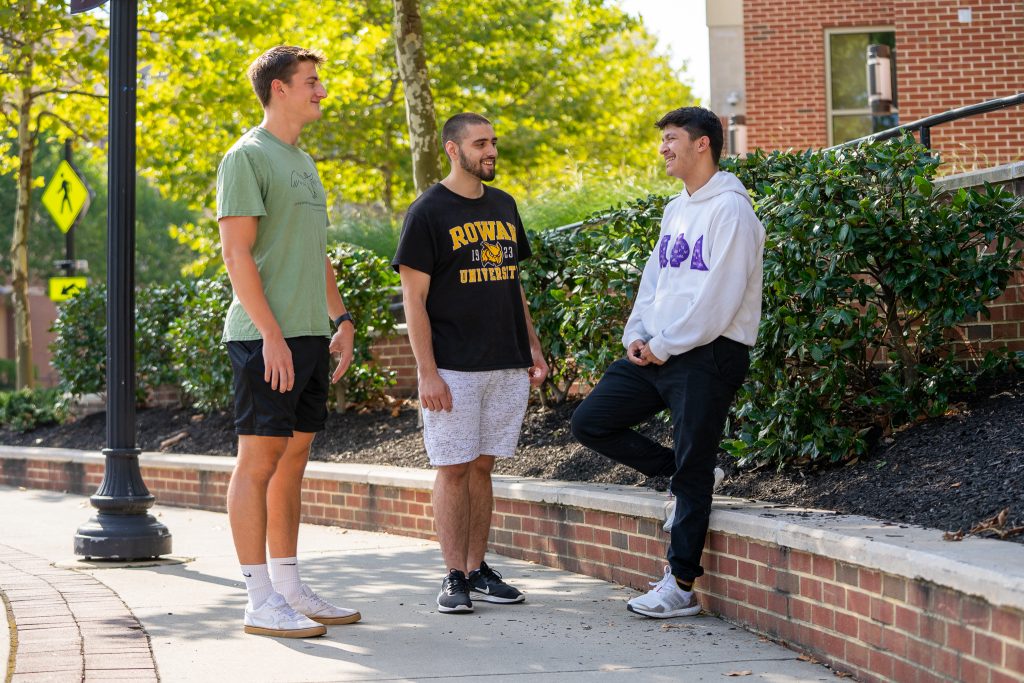 What have you enjoyed the most about Rowan so far?

What I’ve enjoyed the most about Rowan has to be the community. It’s not a big school but it feels so big because of the people. For me, it doesn’t matter how large or small a school is as long as the people there are large in personality or attitude. You always feel at home. There’s so many different people out there and they make the world larger than it is. Between the school programs and the boulevards and all the other opportunities that Rowan has to offer, it definitely is a close knit community.

The people here are larger than life itself. They want to involve you so much within the community. Even though you might feel isolated at times, you’ll always find a home in the community.

Could you tell us a bit more about your Fraternity?

I’m currently in the fraternity Alpha Phi Delta, which is an Italian heritage fraternity that was founded on Nov. 5, 1914. We chartered here at Rowan University in the 1970s. We were deactivated and then reinstated in 2017. While we may be one of the few fraternities that have been here for so long, we’re still building. As of now, we’re five years strong and excited for the future.

Even though we might not have as many brothers as other fraternities on campus there’s a beauty in it. All of the brothers are so close knit and really know each other. It’s just like a big family.

I definitely think it’s been quite a ride; I came in knowing nothing and then you come out and become a brother and you know everything about everyone. It’s like a circle of life. You have to learn everything about the brothers but eventually they become your best friends. As a new person comes in, you almost feel old. You were in the same spot as them only a few years ago. You become almost like the old wise guy. On another note, rush Alpha Phi Delta. 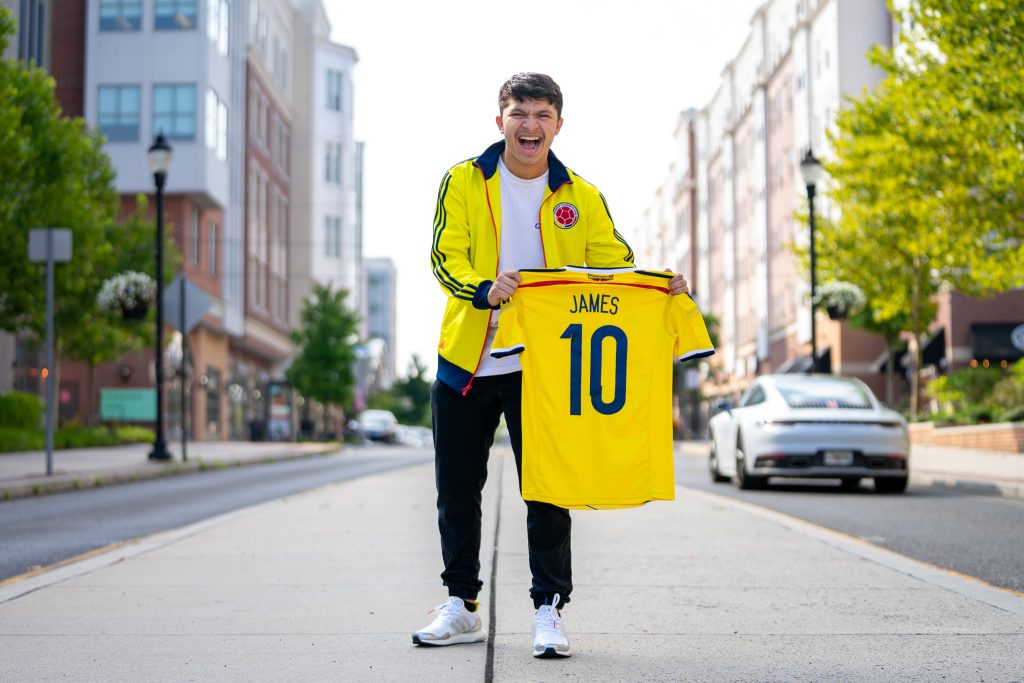 How did you come into your leadership position within your fraternity?

During elections, there were a couple of us running but I think that most people felt the most confident in me and my vision for the future. I ended up winning by only one vote but I had all the confidence in the world in myself that I had a shot at it but I understand why people were skeptical. I had just recently become a brother but I had a plan with how I wanted to steer the fraternity. A lot of the guys who had been in the fraternity at the time were involved during Covid, we were just getting out of it and there were certain things that unfortunately couldn’t work anymore.

But I knew the direction that I wanted to take everyone. I won the election by one vote and told everyone of my plans and really won them all over. I was one of the youngest presidents in the fraternity’s history. There’s definitely a learning curve and there is a much needed adjustment period. You think the whole presidency thing is all fun and dandy but there are so many different responsibilities. People depend on you. It’s still fun, but it was an awakening. I knew I wanted to be president. I wanted to shoot for the top. It’s everything I wanted out of it. 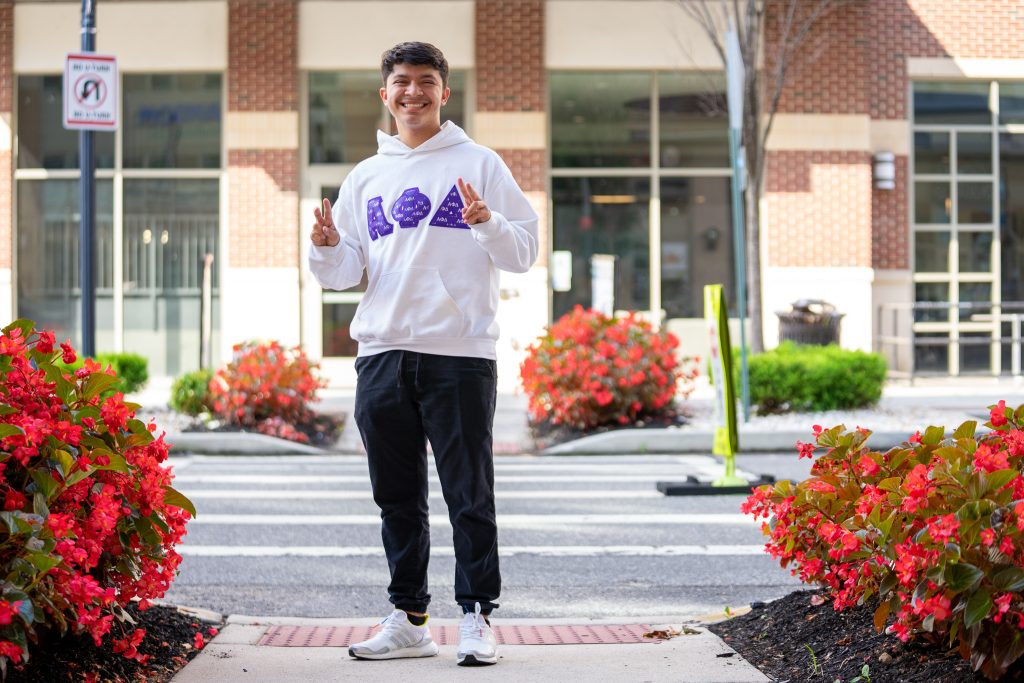 How has your experience as President of your fraternity changed your framework of mind?

I definitely feel like my leadership has steered the fraternity in the right way internally. There is a lot more work to be done, especially in the upcoming semester, but there’s a lot of things that we’re all really excited about.

My leadership is built upon a lot of values that I really believe in. I think that with hard work it gives you a sense of satisfaction. You work hard and when the job gets done you can sit down, reflect and enjoy the fruits of your labor.

What motivated you to take up a leadership position in your fraternity?

My mentor in the fraternity was the previous president of the fraternity. I saw all the work that he had done and all the leadership qualities that he exhibited. At one point, he told me that he had “picked me because he thought that I was worthy of this.” It resonated with me. I always want to be a part of a higher purpose and that was my calling. It was great for my confidence and I knew I had people who knew that I had potential.

Could you tell us a bit about your hispanic heritage?

My mother is Venezulean, she grew up in Caracas. My dad is Colombian, he was born in Bogota. He moved with my Aunt and Uncle to Venezuela where he eventually met my mother. Together from there they made their way to the United States. 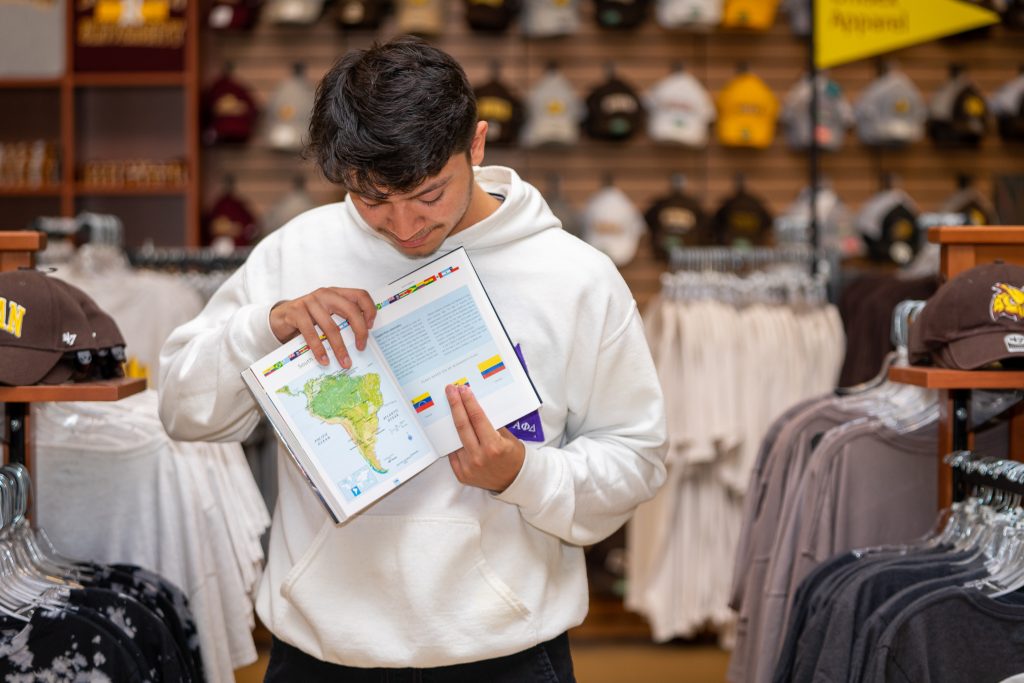 How has your family incorporated aspects of your hispanic heritage into your life?

In every aspect of my life. The language, the values, the prevalence of family. Of course, especially the food as well. I’m a huge fan. I think everything really when it comes down to ethics and values. I attribute a lot of my drive and hard work to that type of upbringing. Everything they taught me was all I’ve ever known my entire life.

What does being Hispanic mean to you?

To me, it means being a part and representing an ethnicity that is filled with culture and life. There are so many colorful things that go with being Hispanic, the culture especially. My parents came here with nothing and worked for everything that they have. It’s kind of a representation for the entirety of the Hispanic culture. Some of us have come from nothing. A lot of work, so hard for everything that we have.

That’s the Hispanic way. It’s a hardworking and yet such a loving, family-oriented community.

How do you involve your Hispanic heritage into your daily life?

I think that I involve it in every way possible. For example, every morning I make a Hispanic breakfast. When I’m in class, I’m working as hard as I can so that eventually I can go home and show my parents, “Look at my grades, this is all for you guys.” The way that I’m around people, I treat them all like family. I love being around people, it’s amazing what happens when you treat people the way that you want to be treated. What are your favorite parts about your Hispanic heritage?

It has to be the food, the language and the people. What I love the most about the Hispanic culture is that there is no such thing as one “Hispanic.” Even with dialect as well, Colombian Spanish isn’t the same as Venezuelan Spanish or even Ecuadorian, Dominican and Puerto Rican. They are all so different but at the end of the day there is one root for it all. There’s still enough similarities where you can understand what the other person is attempting to convey. We’re all so different but we’re also all the same.

How has your heritage influenced your identity as a person?

I think that the part of my Hispanic heritage that has influenced my identity the most is probably the family aspects. It’s such a loving community, like I said earlier, I’m a people person, I treat everyone like family. That’s just how I am. The discipline and the hard work has ingrained itself into me. In my opinion, every Hispanic has had that ambition and drive at one point in their life. I feel like that’s something that makes up my identity. I’m always striving for better because I always want more out of life. I want that not just out of me, but also everyone around me.

I gotta say though, the Hispanic food has definitely made up a large portion of my identity. It’s my favorite! Lastly, I think the idea of always making someone proud has made up a huge chunk of my own self. With my parents, they continue to work hard and give me everything that I have to help me in life. They still are guiding me down this path for as much as they can. I just want to be in a position of success where I can say “Hey Mom and Dad, I did this for you and I hope you’re proud of me.”