Just steps outside their classroom on the side of the newly opened Discovery Hall building, Dr. Daniel Duran shows his students a juneberry shrub, one of dozens of edible plants accessible on the Glassboro campus of Rowan University.

Dr. Duran, assistant professor of environmental science within the School of Earth & Environment, guides a course he designed called Foraging for Edible Plants, which blends lab work to identify wild species with field experiences both on campus and locally to source these wild foods in their natural surroundings.

A student actually suggested the course idea to Dr. Duran, then a professor at a different four-year university, after learning more of his own experiences in wilderness survival. A self-described lifelong naturalist, Dr. Duran had traveled to places abroad, alone, to locations “where they filmed the show ‘Survivor,’” and came back having successfully foraged in the field. The idea germinated into a course, which he brought to Rowan University.

“It’s a really great experience teaching Foraging for Edible Plants at Rowan because Rowan’s campus is already set up for people to go foraging. There’s all kinds of trails and wild edible plants that are growing all throughout campus,” he says.

In the walking paths outside Discovery Hall, Dr. Duran identifies a handful of wild foods, including a bayberry shrub and his personal favorite, wineberry — a fruit resembling raspberries growing from creeping vines along an inconspicuous fence.

He also notes a portion of campus between Westby and Rowan Halls, with its creek and wooded path, is ripe for foraging.

“There’s a number of things that you can forage for, including things like pines — something people just don’t think about as being a potential edible, but it is. You can make a wonderful tea from pine needles. There’s all kinds of other things. There’s juniper berries, which are used as a flavoring agent, you don’t typically eat them, eat them. But yes, there’s many things growing along that stretch that are really good,” he explains.

Dr. Duran addresses the importance of properly identifying and preparing wild foods before consumption, something he stresses throughout the course but also cautions the first-time forager to do as well.

“The most important thing is to know the plant that you’re foraging for; this is the kind of thing where if you make a mistake, you could potentially get sick. And so you want to really know what you’re doing. We use a term called contradictory confidence. You should be so sure of what it is that you’re eating, that you would contradict anyone, no matter what they told you,” Duran explains.

An environmental science course, Foraging for Edible Plants is open to non-majors, which Dr. Duran accounts for more than 90% of his students. Students widely vary, with majors from College of Science & Mathematics to the College of Performing Arts. “At one point, I had 10 different majors in my class,” Duran says.

The why behind students who take the class varies as much as the majors, according to Dr. Duran. Some students want to reconnect with nature. They might want to find new ingredients for cooking that they might not find at a typical grocery store or locate new food sources without the treatment of pesticides. Others simply seek to learn those survival skills that served as the impetus for the course.

Dr. Duran says, overall, students have been positive about Foraging for Edible Plants, with some even expressing it was the best Rowan University course they’ve ever taken.

“The most common comments that I get are, ‘I had no idea, this whole world out there. I walked by these plants my whole life. I had no idea that you could eat them.’ They’re really amazed at the opportunities that exist, or that the average person never gets to try,” he says.

Dr. Duran has foraged for about 90 different species of edible plants in New Jersey, adding about one per year. Yet across eastern North America, he says there’s assuredly plants he has never tried. It’s in assignments, where students have introduced him to or taught him about a new plant, which he can then share with future classes. 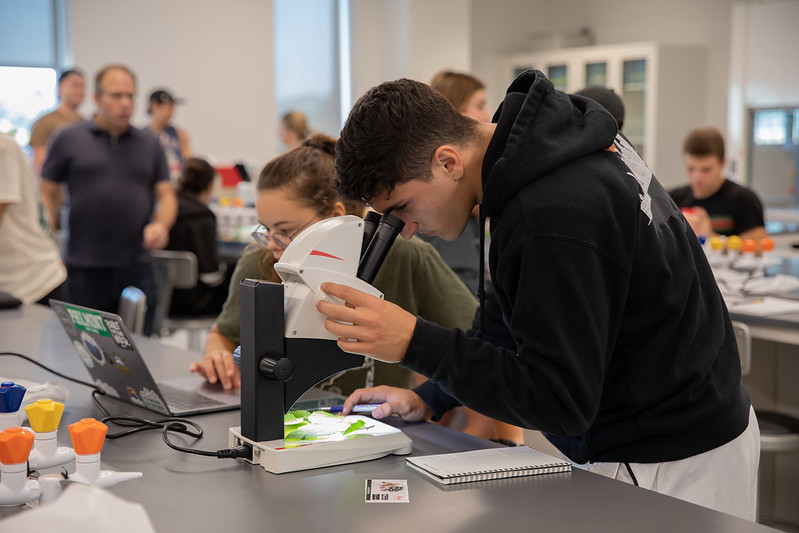 As a naturalist and scientist, Dr. Duran’s own research continues to evolve thanks to his growing list of student foragers.

See our video with the Foraging for Edible Plants class on a field experience here: