Jason Brooks, a rising junior from Monroe Township (Middlesex County), is a Political Science major. Ever since he was a little kid, everyone told him that he’d grow up to be the president. Jason was always carrying around an American flag and has always had an interest in the inner workings of politics. He came to Rowan and joined the Rowan Institute for Public Policy and Citizenship (RIPPAC), where he met Dr. Ben Dworkin, the head of the program. 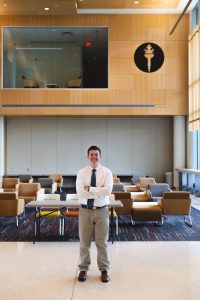 Through RIPPAC, Jason applied for the Rick Rosenberg Junior Memorial Scholarship, which allows students to take unpaid political internships. Most political internships are unpaid, meaning that most students can’t afford to take these important experiences. Through the generosity of the Rosenberg family, students who are awarded the scholarship are provided with the financial cushion that will allow them to further their careers.

Jason won the scholarship, allowing him to be a legislative intern in the New Jersey Assembly’s Republican office. He says the internship is a humbling experience, walking through the front doors of the statehouse with the massive golden dome, a building in which hundreds of thousands of people’s lives are impacted. Jason particularly enjoys seeing all the moving parts of state government and how everyone has to work together to complete their common goals. This has been a huge learning experience for him as he’s in the office during the busiest part of the year, the time that budgets are finalized. 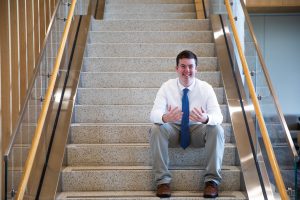 Jason’s favorite part of this internship is being able to see all of the inner workings of state government live and in person, instead of just through the news in video or print. Being in the room while this is happening provides a stronger learning experience and opens up crucial networking opportunities that will allow Jason to speak with the people he needs to help further his career.

Overall, this is an amazing opportunity for Jason, and he’s able to full take advantage of it thanks to the Rick Rosenberg Junior Memorial Scholarship. This will provide him with opportunities that will push him forward, as a person and as a politician. 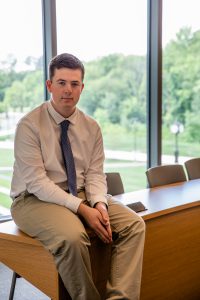 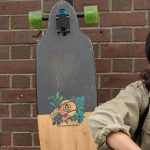